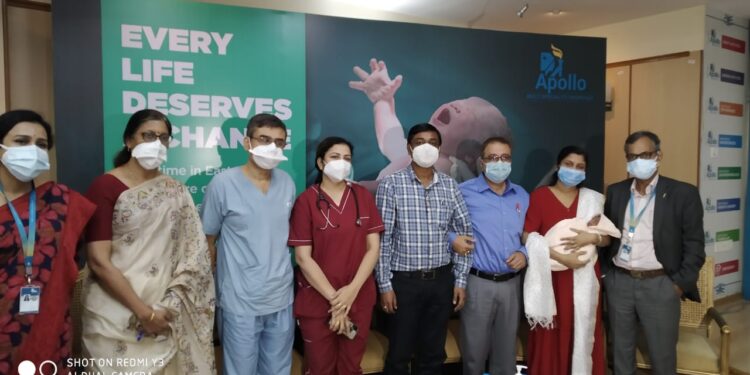 RAJKUMAR DAS: For the first time in Eastern India, doctors at Apollo Multispecialty Hospitals gave a new lease of life to an unborn by blood transfusion inside womb. Rima was diagnosed with a rare complication of foetal hydrops during 24th week of pregnancy where fluids get accumulated in the foetus making the baby anaemic.

Also Read Dune (English) Movie Review: DUNE is a cinematic spectacle with fine performances. However the lack of buzz, long length, and confusing narrative will affect its box office prospects.

Foetal hydrops is a rare problem (1 in 10,000) during pregnancy, which occurs in the second pregnancy when the mother’s blood group is A- (negative) and the father’s blood group is B+ (positive). In such cases if the first child is born with positive blood group, chances are there that the mother’s body fights the positive cells left after delivery. The presence of these antibodies affects the unborn during the second pregnancy. Hence the blood in the foetus turns into fluid and gets accumulated in the baby’s chest, tummy and under the skin. Mortality rate of babies with foetal hydrops is 50% to 90% depending on how early it’s detected.

Dr Mallinath Mukherjee, Apollo Multispeciality Hospitals said, “In such cases, blood transfusion to the unborn is the only way to save the baby’s life. Even with treatment, survival rate of such babies is extremely low. In this case we have been able to successfully deliver the baby at 35 weeks of pregnancy after 6 blood transfusions. We are also grateful to the health department of the state for trusting and allowing us for this special delivery.”

Also Read No Time To Die (English) Movie Review: NO TIME TO DIE is a fun-filled entertainer that will give you your money’s worth.

Dr Kanchan Mukherjee, Apollo Multispeciality Hospitals, who performed the blood transfusions, said, “Blood transfusion in foetus is extremely delicate and critical so we had to take utmost care of the baby and the mother during the procedures. With six transfusions, we have been able to increase the haemoglobin of the baby from 3 to 10 and arrange for timely delivery.”

Dr Jayanta Kr Gupta, Director & HOD Obstetrics & Gynaecology, Apollo Multispeciality Hospitals, Kolkata said, “We here at Apollo for the very first time in Eastern India did blood transfusion on an unborn and have been able to save the baby’s life from this rare condition of foetal hydrops. Even after the transfusions, it’s extremely critical to decide the timing of the delivery. Blood transfusion in unborn has several risk factors like infection in the womb leading to premature delivery, heart failure of the baby due to too much blood transfusion and even death of the mother if the blood reaches the mother.”

Doctors also advised checking blood groups before marriage and taking necessary precautions to avoid such problems during pregnancy. There are several antidotes like Anti D imuno globulin, which is given to the mothers after first delivery to prevent foetal hydrops in second pregnancy. 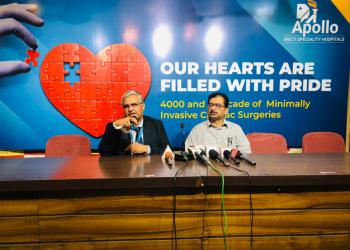 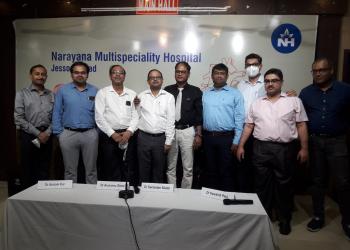