A Social satire produced by Joy B Ganguly of Mojo Productions, the production house behind The Bong Connection (2006), Bhooter Bhobishyot (2012), Maacher Jhol (2017), is all set to hit the floors this February.
Written and directed by debutant Manish Basu, the film গুকাকু – The Potty Uncle, is a story set in early 90’s Bengal.

Makers of the film have roped in Bangladeshi superstar Mosharaf Karim along with Ritwick Chakraborty, Paran Bandopadhyay, Shantilal Mukherjee, Tanusree Chakraborty, Susmita Chatterjee, Aparajita Ghosh,
Joey Debroy, Payel Mukherjee, Mishka Halim for key characters. Speaking about the project, Joy B Ganguly, Founder & CEO, Mojo Productions Private Limited, said, “I am confident and excited about Manish’s vision as a multifaceted director. His debut directorial is a social satire that deals with different layers of society and how it is still relevant in today’s pandemic infested world”. 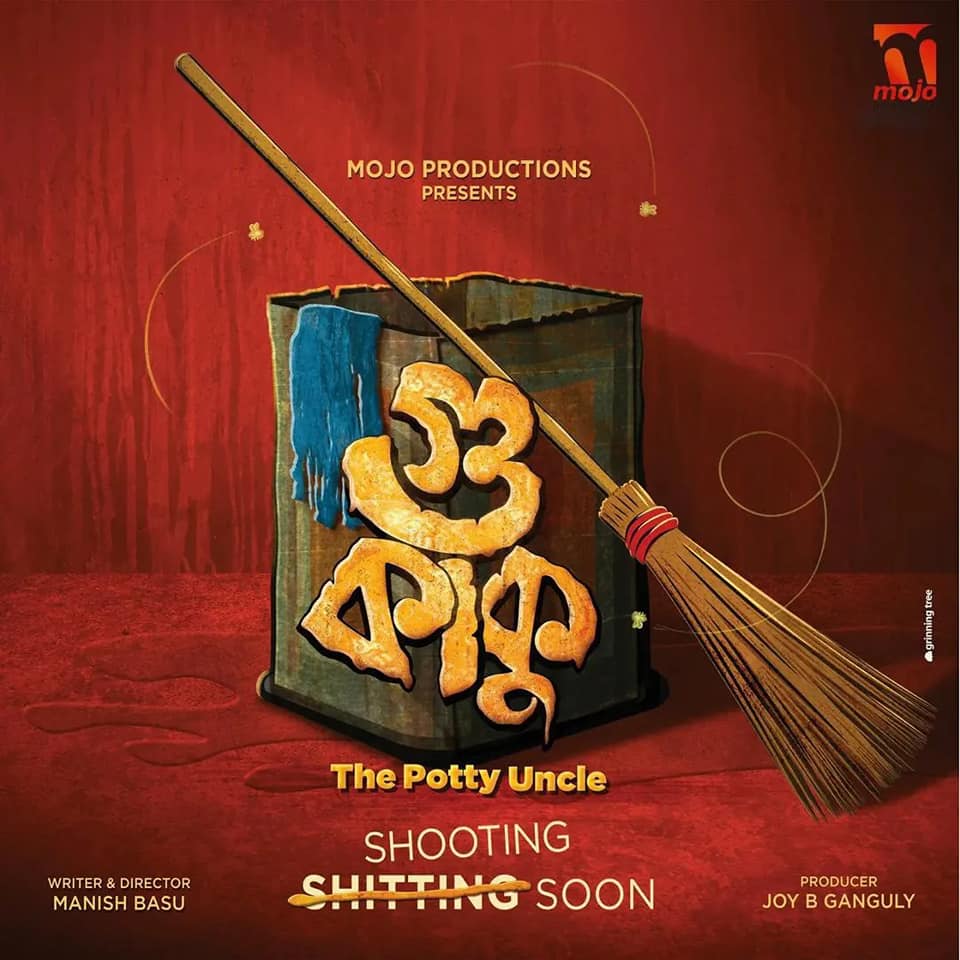 Manish Basu, Director adds, “My first directorial venture is a story of a ‘marginal’ transforming into the Pied Piper of a community. It speaks of the power of subaltern, that effortlessly affects the socio-economic-political milieu of a society.”

The music is being composed by Raja Narayan Deb (Bhooter Bhobishyot, Noukadubi, etc) and ace Production Designer is Tanmay Chakraborty (The Bong Connection, etc). Shoot for the film will commence from February and the film is slated for a 2022 summer release.

About Joy B. Ganguly

Joy B Ganguly embarked on a journey that led him to the producing role in the making of the landmark Bengali
crossover film “The Bong Connection ” (2007). After completing his Bachelor’s degree in Business Administration (IT & Marketing) from the US he gained experience in several private multinational companies before returning to India in 2005. He was the former co-founder & executive Director of Moxie Group and co-produced several TV series and feature films. He also has a diploma from New York Film Academy and serves on the board of directors for Sucharita Printers (P) Ltd, is a consulting partner at Paramount Plastics Inc., principal partner at Suhasni Packaging Pvt Ltd., and the advisory board of IAHV (International Association of Human Values, a unit of The Art of Living Foundation) amongst other things.

Manish Basu is an independent filmmaker and editor, has been filming and editing TVCs, documentaries, short
fiction and feature films for the last 18years. Born and brought up in Barrackpore, a suburb 35kms from
Kolkata, Manish Basu went on to study filmmaking at Roopkala Kendro, an Indo-Italian Film School. He has
worked for several Television channels as Promo Producer and OAP Head before venturing out independently.
Manish was influenced by his father’s ideals and writings, later ace cinematographer Soumendu Roy’s tutelage
shaped his sensibilities further. He has been fortunate to be mentored by stalwarts like Jiri Menzel, Mrinal Sen
during his institute days. More than passionate about football( Mohun Bagan ), traveling & cooking.

MPPL is an upstart media company co-founded by Joy B Ganguly (former founder and director of Moxie Group) that has over 100 years of experience in its personnel. It has an established team that has proved itself as a niche player of a medium budget, independent films in the Indian/Regional (Bengali) market as well as in the national space with fiction and non-fiction shows for the digital medium. It intends to expand into the motion picture business with small-budget Hindi/English films having a budget of INR 80 million-INR 100 million, and regional (Bengali) films with budgets not exceeding INR 25 million. These films will be at the core of MPPL’s motion picture business aimed at urban commercial Indian/regional and an international diaspora audience.