Your impression of Dasvi is likely to be coloured by a bizarre piece of recent news. In Madhya Pradesh, a 15-year-old boy has

Your impression of Dasvi is likely to be coloured by a bizarre piece of recent news. In Madhya Pradesh, a 15-year-old boy has allegedly killed his father fearing reprehension over his 10th results. ‘Exam fever’, then, is a debilitating reality for thousands of students, not an innocuous catch-phrase. I mention this precisely because of what the film chooses to ignore, or gloss over.  At one point, Ganga Ram Chaudhary (Abhishek Bachchan), panicking before an exam (he’s a late bloomer), is pepped up by a team of cohorts. The sustaining environment is cloistered and safe. No fathers were harmed in the making of this film.

Ganga is in jail, sent away for his involvement in a teachers’ recruitment scam. This story of a fictional Chief Minister–who wears a green turban and brandishes his ‘Jat’ identity—recalls a real-life one. Some years ago, a former Chief Minister of Haryana was locked up on corruption charges in Tihar Jail. Repentant, bored or simply hoping for an image clean-up, he decided to write his class 10th exams from prison. Dasvi improves heavily on this premise, having Bimmo (Nimrat Kaur), Ganga’s docile, homebound wife, step in in his place. A power struggle soon ensues, à la Maharani.

In jail, Ganga is initially rolled out the royal treatment. But then strict superintendent Jyoti Deswal (Yami Gautam Dhar) shows up, tightening the yard. Ganga rebels, first faking a health crisis to get off work and then signing up for the open schooling program. “This is my right to education!” he tells Jyoti, not quite knowing what those individual words mean but grasping them in essence. One is reminded of a mutinous Sanjay Dutt hulking his way through Munna Bhai M.B.B.S. (when Ganga winds up at the jail library, you think of Lage Raho). But Abhishek and Yami don’t make the best adversaries; their clashes lack spark. Also, Jyoti buckles too soon, unlike the two Boman Irani villains that bolstered the Munna Bhai films.

In Dasvi‘s best, and most inventive sequence, Ganga is inspired by a quote to take up history seriously. He’s transported, in his mind, to key events during the Indian freedom struggle. He saves Lala Lajpat Rai from a baton charge. He joins Gandhi on the salt march. He encounters Chandra Shekhar Azad in his final hour. These scenarios—suitable for a subject like history—fare better than the film’s other attempts to dramatise school-level academics. Ganga’s political acumen helps him with lessons in chemistry and maths. Numbers and letters float up magically on screen. This is typical of most movies in the genre. The hard truth is that, beyond a point, all learning is un-cinematic, and requires sprucing up visually.

Abhishek has made a career playing likable tough guys on the mend. He was so calm and coiled in his last film, Bob Biswas, that it’s fun to see him lash out expressively. Where Dasvi falters, though not too disastrously, is in its simplistic second half. A few months of rigorous book-learning, it turns out, can constitutionally change a person like Ganga. Not only does he reform his election policies, but also strike a blow against his community’s caste prejudice. The film tells us that no matter the barrier, education will breach it. History argues otherwise. 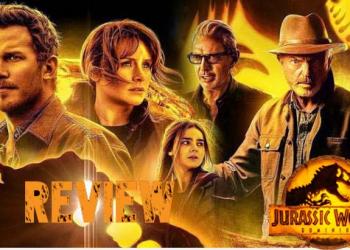 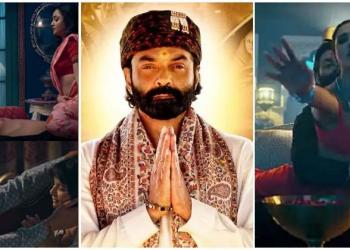