Bhopal: Days ahead of polling for four by-polls in Madhya Pradesh, both the BJP and Congress are observing Valmiki Jayanti in the state on Wednesday, in an apparent effort to woo the Dalits.

The mainstream political rivals have already pitched hard in favour of 27% OBC quota, a matter which is pending before the state high court and tribals.

Bharatiya Janata Party state head VD Sharam attended an event organised at the BJP headquarters in Bhopal on Wednesday and also took part in Sundar Kand recital on the occasion at the party office. Sharma performed Valmiki pujan and a shobha yatra was also taken out of the BJP office. The party has also organised events in slum localities to mark the occasion.

The Congress, too, was up to the mark and organised an event to mark the Valmiki Jayanti.

MPCC president Kamal Nath released a calendar dedicated to Adikavi Valmiki in an event organised at his residence in Bhopal. Nath has also ordered events at block and district level in the state and party’s head office in Bhopal saw an event dedicated to Maharshi Valmiki in the afternoon.

Since the caste voters have a noticeable presence in Khandwa, Prithvipur and Jobat, there numbers are decisive in Raigaon — an assembly constituency in Satna district which was held by BJP’s Jugal Kishore Bagri who died of Covid-19 early this year. Bagri, a scheduled caste community, is the dominant factor in the region alongside Harijan and Kori communities.

The BJP and the Congress have vehemently backed 27% OBC quota as the matter is pending with the state high court. The Shivraj Chouhan government had even announced implementation of the hiked quota in recruitments and admissions cases which are not pending with the HC.

The Congress, led by Kamal Nath, slammed the Shivraj government for botched up handling of the matter had made top lawyers appear for the quota in the HC.

Moreover, the Jobat assembly seat which falls in Alirajpur district being a tribal dominated region, the BJP and Congress making all out efforts to woo voters. Ahead of polls, the BJP had announced plans to celebrate valour of tribal heroes and CM Shivraj had made battery of announcements in the region and on Tuesday, the state cabinet announced free ration distribution in 89 tribal blocks of the state barring those which are going to polls.

The Congress, however, has cried foul, saying it is done to influence the voters.

PCC chief Kamal Nath, too, is reminding tribal voters of his farm loan waiver scheme, plan to facelift their sacred places and his government’s move to end irregular money lending system in the state, particularly in the tribal regions.

Mounting another attack on the BJP, Nath on Wednesday tweeted that BJP leaders are busy in Kanya Pujan and two kids have died of malnutrition in the state within a week. He also accused the BJP of serving bundles of lies before the public.

VD Sharma, the BJP state president claimed that it was nothing political as Valmiki Jayanti was being celebrated across the state and not only in areas going to bypolls. On Nath’s charges levelled in his tweet, Sharma said that none listens and believes deceitful things said by Nath. He added that the party celebrates Valmiki Jayanti every year. 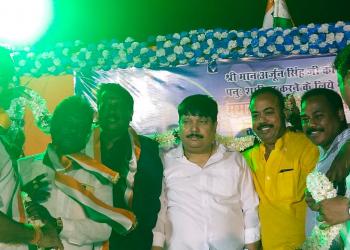 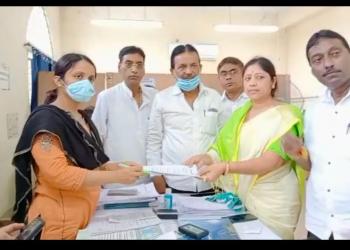 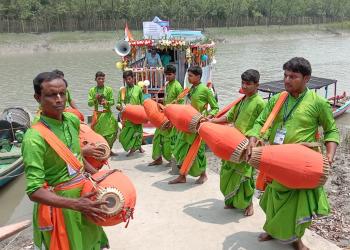