India gained complete seize in the ongoing Test against England in Chennai as the visitors finished Day 3 at 53/3 and require another 429 runs to win the contest. Joe Root (2) and Daniel Lawrence (19) are present at the crease and the pair will resume the England fightback on Tuesday.

Resuming the action from the overnight score of 54/1, India managed to add another 232 runs before they ran out of wickets. R Ashwin, who dictated the proceedings with the ball and returned with clinical 5/43 in the first innings, scored a fine century as he along with Virat Kohli helped India post 286 runs on the board in their second innings.

A moment to cherish forever! @ashwinravi99 gets his Test in Chennai and Md. Siraj erupts in joy. The dressing room stands up to applaud. #TeamIndia #INDvENG @paytm pic.twitter.com/ykrBhsiTbl

This was Ashwin’s fifth century in the longest format of the game, which also saw him become the second cricketer after England great Ian Botham to have the most number of centuries and five-wicket hauls in the same Test.

Great things never come from comfort zone and this is great knock from @ashwinravi99 Also showed it’s going to be hard batting on this pitch but hard does not mean impossible. Nothing but RESPECT Ash #INDvsENG pic.twitter.com/1S2Wdiv83Y

Kohli, who failed to open his account in the first innings, maintained a cautious approach and went on to score 62 before getting trapped LBW by Moeen Ali.

Kicking off the action on Day 3, the Indian pair of Rohit Sharma and Cheteshwar Pujara got off to the worst possible start as both the batsmen departed in the first 15 minutes. Pujara lost the grip on his bat and failed to ground it on time, while Rohit got stumped off Leach’s ball courtesy of some quick glove work by England wicketkeeper Ben Foakes.

Pant, who was promoted in the batting order, too failed to leave a mark as Foakes stumped his counterpart to help Leach scalp his second wicket for the day.

Following Pant’s dismissal, Kohli along with his deputy Ajinkya Rahane started to rebuild India’s innings with a couple of boundaries. However, Ali provided the visitors with the breakthrough as he removed Rahane to pick his first wicket of the day and left the hosts reeling at 86/5 in the 31st over.

Debutant Axar Patel too was sent back to the pavilion by Moeen in the 37th over. Kohli and Ashwin then formed a brilliant partnership. Both the players played cautiously but did not miss the opportunity to score boundaries on loose balls. Continuing their brilliant form, Kohli and Ashwin completed their respective half-centuries as India crossed the 200-run mark in their second innings.

Soon after that, England got the much-needed breakthrough as Moeen dismissed Kohli (62). Kuldeep Yadav then took the field. Ashwin and Kuldeep began adding runs to the scoreboard, with India`s lead crossing the 400-run mark. However, the partnership between the two did not last for too long as Moeen removed Kuldeep (3).

After bundling out the Indians for 286, England’s dismal run in the ongoing Test continued as the visitors lost their openers Rory Burns (25), Dominic Sibley (3), and night-watchman Leach (0) in the final session of the day. 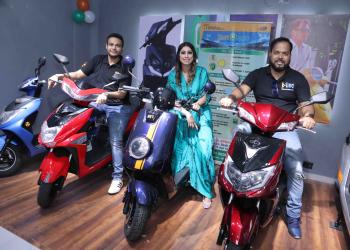 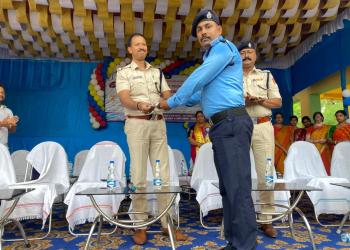