“It needed a chartbuster like Tattoo Waaliye for Rani and I to dance again after years”: Saif Ali Khan on shaking a leg with his favourite co-star Rani Mukerji in Bunty Aur Babli 2 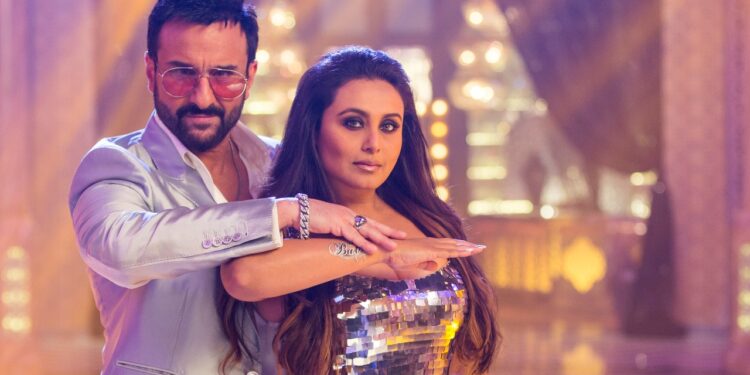 Yash Raj Films’ Bunty Aur Babli 2, which is set to release worldwide on November 19, 2021, is a rib-tickling comedy that will pit two sets of con artists, from different generations, against each other as they try to prove who is the better con couple! Playing the OG Bunty Babli is Saif Ali Khan and Rani Mukerji who are reuniting on the big screen after delivering blockbusters like Hum Tum. Incidentally, Saif and Rani will also be dancing together on a foot-tapping club song titled Tattoo Waaliye which marks them shaking a leg together after years!

Also Read Dune (English) Movie Review: DUNE is a cinematic spectacle with fine performances. However the lack of buzz, long length, and confusing narrative will affect its box office prospects.

Saif says “Every on-screen Jodi over the decades have had a unique calling card for audiences. For Rani and me, it has been romantic comedies and we have been lucky to have had chart-busting songs! Hum Tum especially had blockbuster music. Rani and I had a blast filming such songs and dancing to them.” 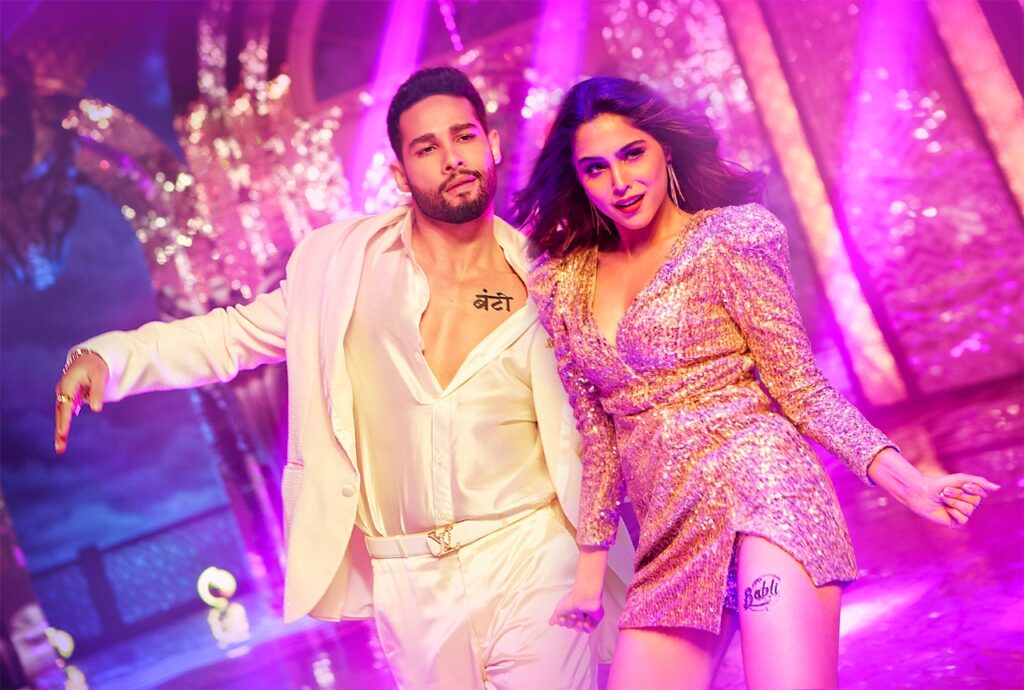 He adds, “We are coming back to the screen again with the sole objective to entertain audiences thoroughly in Bunty Aur Babli 2 and it definitely needed a chartbuster like Tattoo Waaliye for Rani and I to dance again after years! It’s a fun, party track that will pull people to the dance floor. We were a house on fire shooting it!”

Also Read No Time To Die (English) Movie Review: NO TIME TO DIE is a fun-filled entertainer that will give you your money’s worth.

Rani reveals, “Saif and I had a lot of fun doing a song together..it’s a dance song straight after Ta Ra Rum Pum’s ‘Ab To Forever and while it’s different this time as there is Siddhant and Sharvari too but Tattoo Waaliye is great so it was super fun shooting it.”

She adds “Vaibhavi’s choreography made it even more rocking and the steps are very cool and relaxed. It’s a very groovy number and gets stuck in the head the more you hear it. Tattoo Waaliye is the kind of song one can hear on loop.”

Bunty Aur Babli 2 also stars Gully Boy fame Siddhant Chaturvedi and the gorgeous debutant Sharvari star as the New Bunty and Babli. It is being directed by Varun V. Sharma, who has worked as an Assistant Director in some tentpole YRF films like Sultan and Tiger Zinda Hai.

Tattoo Waaliye has been sung by the queen of chartbusters Neha Kakkar and Pardeep Singh Sran and is set to be out on October, 28th.