by 24x7newsbengal
in Awards / Events, Fashion
0 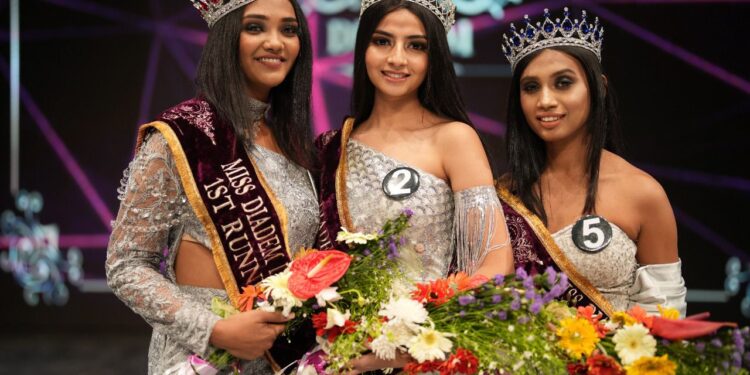 The star studded event hosted by eminent television host and comedian Vikalp Mehta saw 25 finalists put their best foot forward with the aim of achieving the crowning glory. The judging panel consisted of celebrated personalities including renowned fashion designer Ashley Rebello and actress Yuvika Chaudhary.The contestants were evaluated on the basis of their performance in a series of rounds including talent, ramp walk and Q&A.
Also Read India ‘s first celebrity to become a dad – Tusshar Kapoor reveals his Journey to Fatherhood and More

After an enthralling evening, the search for Miss Diadem India concluded with the crowning of Poonam Maharana. First and second runner up titles were awarded to Punita Bhardwaj and Saylee Sawant respectively.

Mrs. India Legacy title was bagged by Alisha Ohri. First and second runner up were Dr. Meena Verma and Dr Sonal Mahalwar respectively. The winners will now get the opportunity to represent India on major international platforms.

The title of Mrs India Legacy 2021 – Beauty With Purpose was awarded to Harshala Tamboli. She will now be the face of Masik Satya, a registered NGO, which aims at creating awareness and educating women in underprivileged and rural Indian communities and providing them with opportunities to improve their quality of life.

Diadem founder and director Amisha Chaudhary adds, “Pageants have long been associated as frivolous beauty presentations. We are here to change that. This weekend extravaganza was just the tip of the iceberg. Diadem’s day to day activities are primarily focused on our several social welfare projects and we now have our brilliant pageant queens who will help further our cause.”

Diadem has grander plans for their upcoming seasons and the founding members are keen on further expanding their venture.