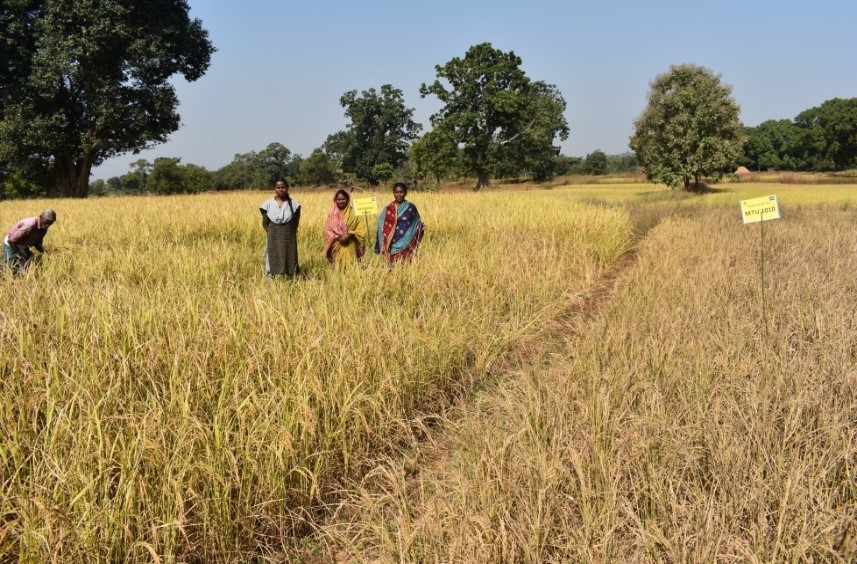 Bhubaneswar: Rice is synonymous with food in Odisha—an eastern state of India. Rice in Odisha is mainly grown in the wet season covering 3.6 million ha of which 65% is predominantly rainfed. Irrigated, Rainfed upland, Rainfed lowland are the three major rice growing environments in Odisha. Rice farming in rainfed upland ecology accounts for about 19% area. This ecology is characterized by water deficit, low productivity and frequent crop failure leading to high vulnerability of the farming community. As per 70th round of NSSO survey, an average agricultural household in Sundergargh and Sambalpur earns Rs 6959 and Rs 6243 per month respectively compared to a state average of Rs5618.In these two north-western districts water scarcity in wet season is almost an annual phenomenon resulting crop failure and poor agricultural productivity.

IRRI engaged with farmers from three blocks of these two districts to explore a varietal solution to mitigate the effect of climatic vagaries. Farmers in such areas normally grow varieties like Bhuvan, Lalat, Khandagiri, MTU 1010, Punia which are not only old but also do not possess any drought tolerant traits.

In 2019 IRRIas a part of its on farm trials of stress-tolerant varieties, chose Nuagaon and Bisra blocks from Sundergarh and Maneswar from Sambalpur where drought is frequently observed. IRRI partnered with local NGOs, DISHA and ADARSHA,and started working with 100 farmers and introduced two promising stress-tolerant varieties—DRR 44 and Sahabhagi dhan. While Sahabhagi dhan—a 105-day variety is recommended for upland areas, DRR 44 which has a duration of 120 days was promoted inmid-land locations where assured water availability in wet season is a challenge.

Ability of Sahabhagi dhan and DRR 44 to stand against water stress condition was evident from their yields compared to other traditional varieties being grown. Despite the deficit and uneven distribution of rainfall , both these varieties withstood the stress and resulted in a good harvest for the farmers.The farmers have been able to get an average yield advantage of almost one ton per ha. Good yield with unique drought-tolerance is an important feature of these STRVs.

Gandhi Marai, a farmer who demonstrated Sahbhagi dhan against MTU 1010, described the superiority of STRV with enormous delight, as he harvested 3.2 ton with Shabhagi dhan but only one ton from MTU 1010 per ha. Rekha Mahato, a woman farmer from Dhatkhidi village of Bisra block of Sundergarh district was also all praise for DRR 44 which, according to her, brought a fortune for the villagers in drought conditions. She harvested 4.5 ton per ha with DRR 44 as opposed to just 1.4 ton from cultivating Rani dhan.

IRRI is facilitating promotion of these two varieties in close coordination with agriculture officials, seed dealers and CBOs whilekeeping women and men farmers at the centre of variety diffusion strategy. IRRI will coordinate with block agriculture office to render further handholding support and oversight to these implementing NGOs to ensure this intervention continue and spread in target areas. 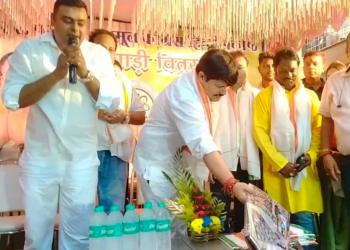 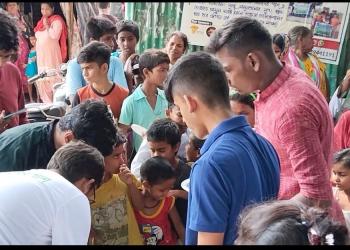 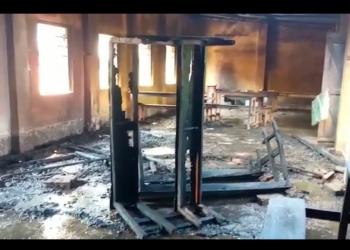