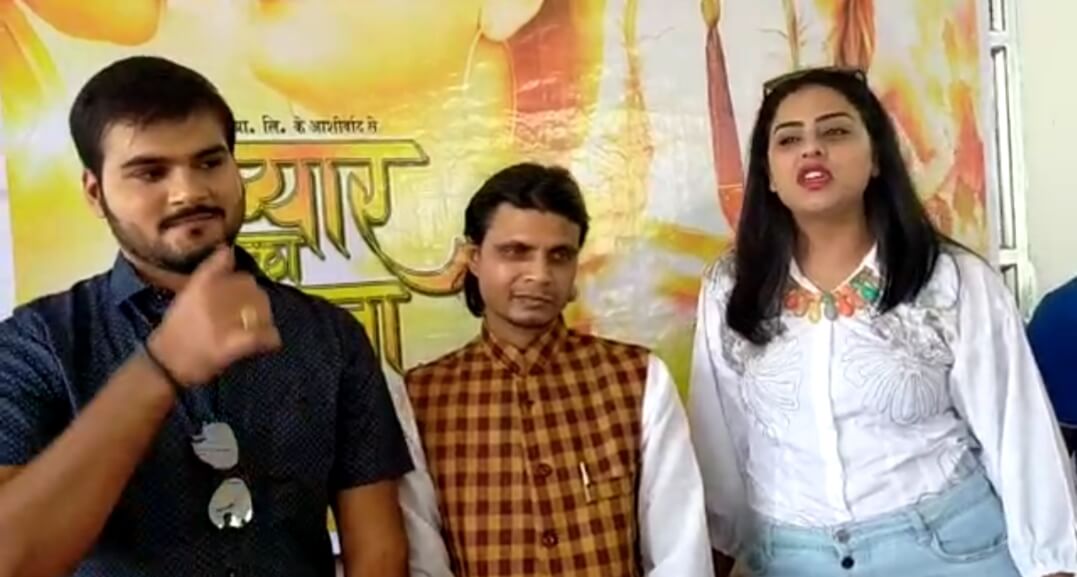 News Desk: The shooting of the Bhojpuri film ‘Pyaar Ka Devta’, directed by director M Faisal Riyaz, has started in Lucknow, UP. The film stars Bhojpuri superstar Arvind Akela Kallu and beautiful actress Yamini Singh, who appeared highly excited about their film on the set. Apart from him, the film also stars Samarth Chaturvedi, Sapna Singh, Dev Singh, Krishna Kumar and Noor Tauba. The film is being produced under the Sai Srinagar banner, produced by Sanjay Kumar Singh.

Arvind Akela Kallu took this film and said that ‘God of love’ is a romantic Bhojpuri film, which is going to be liked by the youth. I am shooting the film after the lockdown is over, so there is an extra challenge for us. We are taking full care of the government’s guidelines on the set so that the corona can be avoided. But we are also very excited about the film and are taking full care of putting the screenplay on screen.

Faisal Riaz said that the strong script of the film ‘Pyaar Ka Devta’ will touch people’s hearts. On this, we are also working very hard that according to the concept we can make films and take them among the audience. The songs of the film are also going to be more than one. He told that the story of the film is written by Sanjay Rai and the music is by Om Jha. PRO Sanjay Bhushan in Patiala. Art Mahendra Singh, choreographer Kanu Mukherjee, action Dinesh Yadav, DOP Ayub Ali Khan and production head Shahnawaz Hussain.