The Covid-19 pandemic, predictably, overshadowed almost everything that happened in the country, and outside, in 2021. However, India’s politics and politicians largely seemed to adapt well, not allowing the unprecedented crisis to cramp their style too much.

Several noteworthy political developments took place in the country in 2021, some of them with far-reaching repercussions. Let’s take a look at a few:

Even as the second wave of Covid was wreaking havoc in the country, India’s politicians were preparing for high-stakes polls in four states and a union territory. Of particular interest was the election in West Bengal, where the Bharatiya Janata Party appeared determined to dethrone the Mamata Banerjee-led Trinamool Congress at any cost.

Campaigning ahead of the April-May polls in the states drew crowds, and also flak for overlooking Covid protocols. Bengal saw tumultuous political activity with several TMC leaders switching to the BJP, while the electioneering was vitriolic as everything including polarisation, freebies, strategic use of state machinery, and personal comments, etc, was thrown into the mix.

The BJP used all its big names, including Prime Minister Narendra Modi, home minister Amit Shah and Uttar Pradesh chief minister Yogi Adityanath, for canvassing. Mamata Banerjee, aided by her nephew and party leader Abhishek Banerjee and poll strategist Prashant Kishor, reached out to the people of the state directly, in a bid also to take attention away from some of her party associates who were facing accusations of corruption. She also decided to contest the election from the Nandigram seat against BJP leader and her former protege Suvendu Adhikari, instead of her traditional constituency Bhabanipur.

The fiercely fought eight-phase Bengal elections saw the TMC retain power comfortably, though some opinion polls had predicted a close race. While Mamata lost to Suvendu, her party won 213 seats, and the BJP managed 77. The Congress and Left were blanked.

The results declared on May 2 were followed by incidents of violence, with the BJP accusing the TMC of targeting it. The matter ended up in courts. In the following months, several Trinamool leaders who had switched to the BJP decided to return. TMC candidates also won several bypolls later, including Mamata Banerjee from Bhabanipur so she could hold on to the chief minister’s post. Prime Minister Narendra Modi unveiled a new council of ministers in July with some unexpected high-profile exits and a few strategic inductions and promotions for politically meaningful sections.

A number of key portfolios such as health, law, information and technology and railways went to new ministers and junior ministers who were elevated.

Mansukh Mandaviya was given charge of the crucial health ministry amid the pandemic. Newcomer Ashwini Vaishnaw, a Rajya Sabha member from Odisha, became Railways and IT minister. Kiren Rijiju got the law and justice portfolio.

Jyotiraditya Scindia, the BJP’s star acquisition from the Congress, took over civil aviation. Anurag Thakur was given charge of information and broadcasting apart from youth affairs and sports. Union home minister Amit Shah also got the newly created ministry of cooperation. Just days before his fourth anniversary in office in March, Trivendra Singh Rawat, who served as the Uttarakhand chief minister since 2017, was replaced by Lok Sabha MP Tirath Singh. The state is scheduled to go to assembly polls next year. Several reasons were cited for his exit, including the alleged growing disquiet in the BJP’s state unit over Rawat’s style of functioning. But that wasn’t it. Tirath Singh Rawat submitted his resignation in July. The reasons cited for his exit included the party’s inability to get him elected to the assembly within six months of taking oath. The term of the assembly is ending in March 2022 and since it is less than a year, the EC may not order a bypoll for the vacant seats in assembly. Under the Representation of the People Act, a by-election for a seat should not be held if the term of a House is less than a year. Pushkar Singh Dhami was chosen as the next chief minister of Uttarakhand by the state BJP legislative party.

In Assam, Himanta Biswa Sarma replaced Sarbananda Sonowal after the latter completed his term and the state went for polls in May. The BJP was re-elected to power and decided to give the charge to Sarma, who has led his party’s forays in the Northeast.

Karnataka too witnessed a change of guard in July when BS Yediyurappa resigned as chief minister after completing two years in office, with Basavaraj Bommai taking over. The state, which will be going for polls in 2023, saw the change as 78-year-old Yediyurappa had crossed the party’s unwritten rule of retirement at 75.

In Gujarat, Vijay Rupani, who served as the chief minister between 2016 and 2021, put in his papers in September with more than 14 months to go for his second term as CM. He was replaced by Bhupendrabhai Patel. Rupani did not complete his term this time but he did get a chance to celebrate five years in office, including 1.5 years in the last assembly. He had replaced Anandiben Patel in similar circumstances in August 2016. The state went for polls in December 2017. While the BJP was on a spree of replacing its chief ministers, the Congress too made a high-profile change. Punjab is scheduled to go to polls early next year. However, before chief minister Captain Amarinder Singh could complete his second term, he was replaced by Dalit leader Charanjit Singh Channi. The problem started with the induction of cricketer-turned-politician Navjot Singh Sidhu into the state unit. He and the Captain were repeatedly at loggerheads with repeated attempts by the party’s top leadership to resolve the situation failing. Finally, Amarinder was shown the door and he left in a huff. Sidhu seemed keen on getting the CM’s chair, but he was given the job of leading the party in the state. The chief ministership was given to Channi, who too appears to be having his share of problems with Sidhu as the Congress tries to hold onto the state, with the Aam Aadmi Party and an alliance of the Captain and the BJP expected to give it a tough fight in the Punjab polls. The farmers’ protest that began in late 2020, carried on through most of 2021. At the heart of the issue were three laws passed the previous year that the Centre had termed “agricultural reforms” but the protesters called “anti-farmer”. While the agitation was mostly concentrated around Delhi, sporadic protests were seen in some other parts of the country as well. Several rounds of talks with the government had been inconclusive. The Supreme Court stayed the implementation of the laws in January 2021. But some farmer leaders felt this wasn’t enough.

On January 26, India’s Republic Day, tens of thousands of farmers held a parade with a large convoy of tractors and drove into Delhi. According to authorities, the protesters deviated from the pre-sanctioned routes, resulting in violence and clashes with the police. Some agitators reached the Red Fort and installed farmer union flags and allegedly religious flags on the mast on the rampart.

Despite fluctuating public opinion, weather and the pandemic, the protests carried on. The demonstrators had set up camps at Delhi’s borders with provisions including tents, food, fans, lights, security cameras, medical stalls, etc. Langars were regularly organised to feed the protesters and anyone else who arrived. The protests received national and international attention, both through the traditional media and social media, with even celebrities like Rihanna and Sachin Tendulkar weighing in. On September 27, farmer unions called a Bharat Bandh that had limited nationwide impact. A protest on October 3 in Uttar Pradesh’s Lakhimpur Kheri turned violent and resulted in a number of deaths.

Finally, Prime Minister Narendra Modi announced in late November that the government was repealing the laws. The protests were suspended on December 11, as the farmers celebrated their “victory” and returned to their homes after a year. 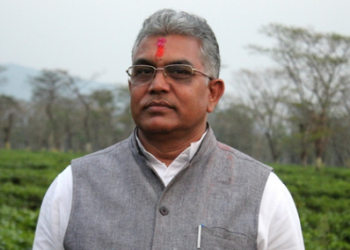