On the 28th of April, a select screening of the short film ‘The Mop’ was hosted by the Yellow Turtle, a popular South Kolkata cafe. 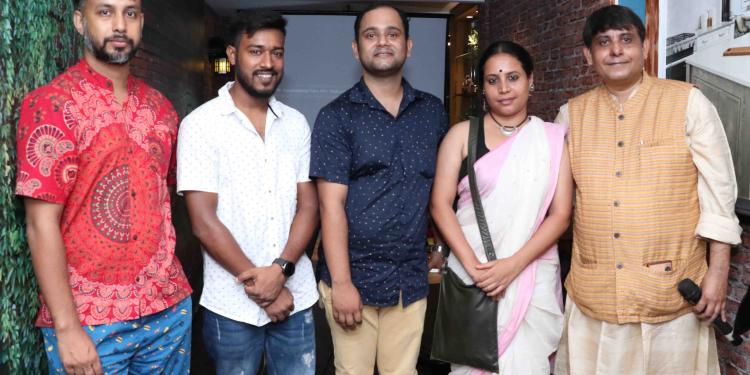 Kolkata, 29th April, 2022: On the 28th of April, a select screening of the short film ‘The Mop’ was hosted by the Yellow Turtle, a popular South Kolkata cafe. The event saw the film crew and cast being present, with director Subhadip Mazumdar and actor Srabanti Bhattacharjee – who plays the solo lead in the movie – being the centre of the limelight.

The eight-minute film was recently selected as a featurette for Tagore International Film Festival and the Paradox International Short Film Festival. At the screening, Mr.Mazumdar, an author-turned-director, spoke about the motivations behind the movie, and how it was made from real-life experiences.

Also Read Heropanti 2: Vikas Verma will be seen in Heropanti 2 as a fierce Hitman

The Mop is a movie carrying a message that transcends generations. This feature retells the age-old dichotomy that every woman goes through, even in this day and age of growing feministic liberties. Subhadip chose to shoot the movie – his second short film – entirely in black and white, both as an ode to old-school cinema, as well as a metaphor for our age-old chauvinistic societal norms that continue to stifle women.

Leading lady Srabanti, a well-known face in the Kolkata theatre scene, plays a nameless woman who is made to feel like the titular ‘mop’, someone stuck between the ruthless nonchalance of the corporate world and the humiliation in her household. The film doubles down on the need to change and how it should come from the camaraderie of two worlds: internal and external.

Filled with powerful imagery, ‘The Mop’ walks a line relatable to every woman, regardless of the society and the world that they live in. “I’m extremely fortunate that we got someone as evocative as Srabanti to play the lead role, and she’s fantastic here,” said Subhadip Mazumdar, “and my film talks to both men and women.

If the film can stir emotions in men and they assist in this societal revolution, then nothing like it!” He added further, “I think cinema has a more primal connection with viewers and hence portraying a message via the world of reels reaches more people”. The Mop certainly seemed to strike a chord amongst the audience in the screening, with people lauding the cinematography, the acting, and the visuals.