New Delhi: Bollywood actress Swara Bhaskar took an indirect dig at ‘Tanu Weds Manu’ co-star Kangana Ranaut after the forensic department of the All India Institute of Medical Sciences (AIIMS) ruled out the possibility of murder in actor Sushant Singh Rajput’s case. The AIIMS Forensic Medical Board, which was formed to evaluate Sushant’s death case, submitted its report to the CBI last week and confirmed that the ‘Dil Bechara’ actor died by suicide.

Without taking names, Swara took a jibe at the ‘Manikarnika’ actress on social media and said that ‘some people’ promised to return their awards if their claims are proven wrong.

“Hey! Now that both CBI and AIIMS have concluded that #SushantSinghRajput tragically died by suicide… weren’t some people going to return their government bestowed awards???,” Swara Bhasker tweeted.

Filmmaker Anubhav Sinha also took a sly dig at Kangana through his tweet. He wrote in Hindi, “I am also angry, should I return of my Filmfare Awards?”

Kangana, while talking to Republic, had said that she would return her Padma Shri if she is unable to prove the claims she made about Sushant’s death.

The medical board of the AIIMS in its report confirmed that Sushant died by suicide. “We have concluded our conclusive report. It is a case of hanging and death by suicide,” Dr Sudhir Gupta, AIIMS Forensic Head, was quoted as saying by ANI.  Gupta further told the news agency that no marks of struggle were found on Sushant’s body and clothes.

Last week, Kangana questioned AIIMS report after the medical team ruled out foul play in Sushant’s death case. She tweeted, “Young and extraordinary individuals don’t just wake up one fine day and kill themselves. Sushant said he was being bullied and outcast, he feared for his life, he said movie mafia banned him and harassed him, he was mentally affected by being falsely accused of rape.”

Earlier in the day, the Bombay High Court granted bail to Rhea Chakraborty, who was arrested by the Narcotics Control Bureau on September 8 in connection with a drug-related case under various sections of the NDPS Act. The ‘Jalebi’ actress has to surrender her passport and furnish a personal bond of Rs 1 lakh. The High Court has rejected the bail pleas of Rhea’s brother Showik Chakraborty and Abdul Basit Parihar. 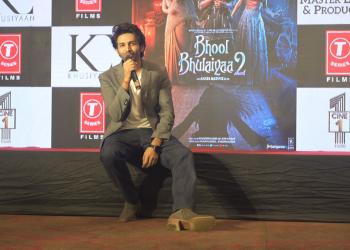